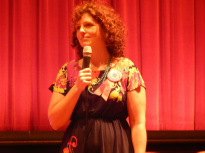 Sarah Paulsen is an artist and animator from St. Louis, MO.  With art projects ranging from parades and happenings to social justice documentaries and portrait paintings, she has been inspired by the communities she has met both living in Missouri and traveling.  A Spanish speaker, she has visited Spain, Mexico, and South America. Her work has occurred at spaces around the US including; Regional Arts Commission, Three Rivers College, Moorehead State, Gallery 210, Mildred Lane Kemper Museum, BS Gallery, Hub Bub, Fort Gondo, and Ragtag Cinema.  Paulsen’s animations have screened at White Flag Projects, St. Louis Film Festival, Chicago International Children’s Film Festival, and The Foundry.

In Columbia, Missouri, Paulsen worked with the CARE Gallery a teen job-training program to facilitate, a 1 Mile Walking Path, Relief Mural for the Columbia Daily Tribune, and First Night Procession Pieces.  Paulsen collaborated with Mexican youth and Southside Services to create a mural at Casa Loma in St. Louis in 2002.

She received her MFA from Washington University in 2007. Teaching in the past with Forest Park Community College, SLAM, and SCOSAG, she currently instructs art at Marian Middle.  She is a 2010 CAT fellow with recent projects including: founding the People’s Joy Parade and the Chautauqua Art Lab, and coordinating SGCI Cherokee Events.  She was named the 2010 RFT Best Local Artist. 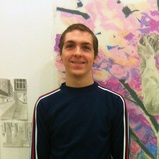 ANIMATION ASSISTANT
Billy Paulsen is an artist and designer based in St. Louis. His interests include art, architecture, urban planning, and history. In 2013, he graduated from Washington University with a B.A. in Architecture and a minor in history. His undergraduate portfolio of work includes an urban winery, a spa on the bluffs of the Mississippi river, and a meditation retreat. At school he also studied painting and printmaking, and performed historic research studying the movement of former residents of the JeffVanderLoo neighborhood of St. Louis.

He worked as an assistant for artist Cameron Fuller on an exhibition featured at Laumeier Sculpture Park. He has interned for the Preservation Research Office in St. Louis, where assisted on proposals for historic districts in the St. Louis Place and Southwest Garden neighborhoods. In 2012 he collaborated on a proposal to designate the former site of the Pruitt-Igoe housing project a state park, for the Pruitt Igoe Now competition. He also enjoys painting architectural watercolors of St. Louis sites and buildings for clients across the U.S. 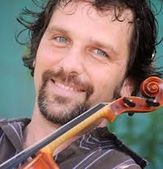 SOUNDTRACK
Multi-talented Will Taylor has worked as a performer, composer, arranger, and producer. From showing and touring with Eddie Harris and the Turtle Island String Quartet to 11 years with the Austin Lyric Opera Orchestra, his musical virtuosity has challenged and delighted audiences for many years. As a solo Jazz artist, he has released three recordings that have received extensive airplay on NPR stations throughout the United States, including exposure on programs such as All Things Considered and New Sounds.

As part of his commitment to community service, Taylor presents Strings Attached in a series of Austin-area school informances called American Roots, which exposes kids to various composers and musical styles comprising the "roots" of American music today.

ANIMATION INTERN
Zac Frost is a St. Louis multi-media artist finishing his degree at Webster University for animation.  Born in Granite City, Illinois, he developed a love for painting drawing and writing at a young age and went on to study fine and digital arts.  He has worked in a variety of capacities as a gallery assistant handling artwork and organizing shows in the St. Louis area.  On occasion, his hair tends to change colors.
Powered by